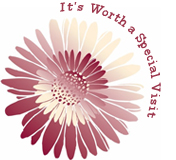 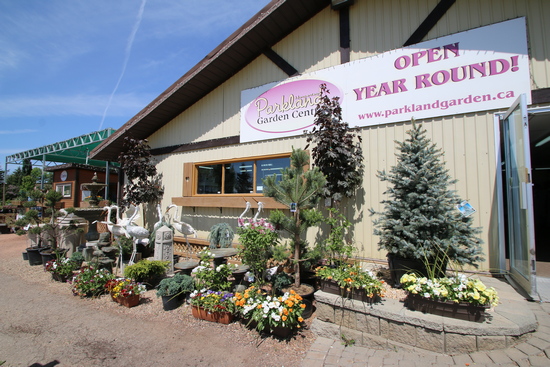 Gloria started in the industry in the late 70's while working with her father, Earl Beck, and her brother Dwayne Beck. In 1982, Dwayne and Gloria purchased the nursery/garden centre from their father and decided to make Parkland Nurseries & Garden Centre Ltd. a year-round operation. The addition of greenhouses and larger tree and perennial lots made it possible to carry a wide selection of quality plant materials for the discriminating gardener. They later split the company and now Gloria owns the retail garden centre.

The management and staff at the garden centre also offer gardening and design courses throughout the year, host bus tours, distribute a gardening newsletter with over 3000 subscribers, and actively participate in community events. We are the proud hosts of six craft and market garden sales for local crafters (6 Saturdays), the Christmas Ice Carving, and the Open House. We open our doors numerous times throughout the year for group tours, weddings, and other special events. We also had the opportunity to host, our national association, the Canadian Nursery Trades Association Summer Tour several years ago, ending in an evening of fine dining in our greenhouse.

We were pleased to be paired with Aspen Heights School in a "Partners in Progress" program and join the children at awards ceremonies, for tree plantings, with classroom activities and events at the nursery.

We participate as members of Landscape Alberta Nursery Trades Association, the Canadian Nursery Trades Association, and the International Garden Centre Association. Gloria Beck was CNTA president in 1995 and 1996. As a representative of the Canadian Garden Centres, she participated in ICGA meetings in Africa, England, Australia, Ireland, New Zealand, Spain, United States, Holland, Switzerland, and Germany. As a result of visiting these international garden centres Gloria has been able to bring ideas back to Parkland to improve our standards for our customers. She was also the President of the International Garden Centre Association from 2001-2003, being the first North American and first woman to hold that honour.

In 2016 Parkland was honoured by the Canadian Gift Association (CanGift) as one of two winners of the 2016 Retailer of Distinction Award.

Gloria has a tremendous team of employees who continue to "raise the bar" year after year. The employees work hard to perfect their areas of responsibility. Parkland Garden Centre, Gloria, is very proud to have such dedicated and knowledgeable staff year-round and the seasonal staff that is hired, whom many return year after year.